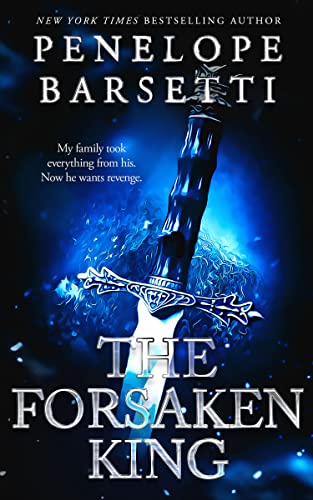 I see him watch me.

He’s one of my father’s guards at the castle. Goes by the name Mastodon.

There’s something about him I don’t like, but my warnings are never taken seriously. But I bet if my brother voiced the same concerns that would be no issue…just because he has balls and I don’t.

Well, I have bigger balls than he ever will.

When I leave for the Capital, Mastodon escorts me. And just as I feared, he kills my guards and captures me.

At least he tries to capture me. There’s a lot of running and chasing. I land an arrow right in his neck, but it does nothing. It’s like he doesn’t even feel it.

He takes me into a cavern and we descend deep underground—to the Bottom of the Cliffs. Then he tells me why he’s doing this.

Because my family took everything from him—and now he’s about to do the same.

Her father murdered mine then raped my mother—and forced me to watch.

Then he pushed us over the cliff—to our deaths.

But we survived—and now we’re ready for revenge.

She’s the key to that. After she helps us get what we need, I’ll hang her by her pretty neck and watch her take her last breath.

I steal her from Delacroix—and of course, she fights me the whole way. Not just with her fists, but her mouth too.

When I hand her over to my mother, I realize she has far more sinister plans. She tells me to do exactly what her father did—and force her.

That’s not the kind of man I am, so the answer is no.

But then she asks Geralt—the most barbaric man I’ve ever met.

So I volunteer—because I know she’d rather it be me than anyone else.